DONATE
Our board
The Pauahi Foundation board of directors oversees the foundation’s efforts. Made up of Kamehameha Schools’ trustees and chief executive officer, the board meets regularly to ensure all work is aligned with KS’ educational mission and Strategic Map 2025, as well as Strategic Vision 2040. 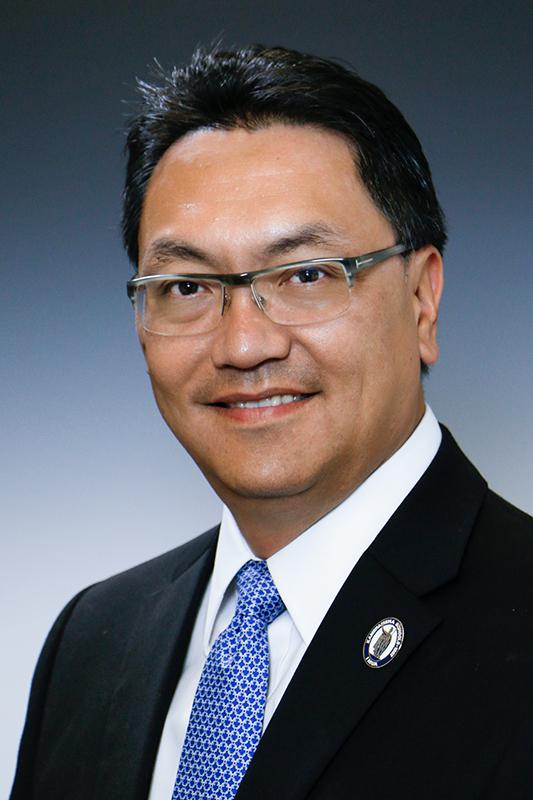 Lance Keawe Wilhelm is the president and founder of The Wilhelm Group, a full-service development consultancy and construction management firm.

Leveraging his nearly 30 years of experience in construction and real estate industries, Wilhelm launched his firm to service and support private and public sector clients who are committed to improving Hawai‘i’s built environment in the infrastructure, hospitality, commercial and residential sectors.

Prior to launching his own firm, Wilhelm was the managing principal for Irongate, the owner and developer of the Trump International Hotel Waikiki Beach Walk and the brand new Ritz-Carlton Residences, Waikiki Beach.

Before joining Irongate, he held the position of senior vice president for Hawai‘i operations at Kiewit Infrastructure West Co., where, among other responsibilities, he oversaw the company’s construction of the first three contracts for Honolulu’s rail transit system.

Wilhelm serves on various industry and trade organizations and is active in the construction and real estate development industries, having served as president of the General Contractors Association of Hawai‘i, the West Oahu Economic Development Association and the Hawai‘i Developers’ Council.

He is a board member for several non-profit organizations including the YMCA of Honolulu, Island Pacific Academy, and Hawai‘i Pacific University. Wilhelm is also actively engaged in labor relations, serving as trustee on a number of union trust funds.

Wilhelm graduated from the Kamehameha Schools in 1983 and attended the University of Hawai‘i at Mānoa where he received a bachelor of arts in communications. 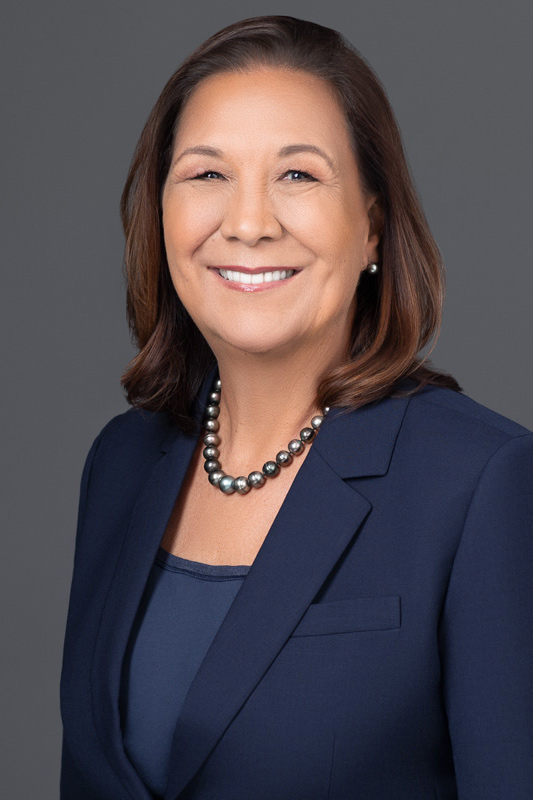 Crystal Kauilani Rose is a founding partner of the law firm Bays Lung Rose Holma, and has practiced real estate, trust, business and construction litigation for more than 35 years.

Rose is an expert in corporate governance and has served on the corporate boards of Central Pacific Bank, Hawaiian Airlines, Gentry Homes Ltd. and Hawaiian Electric Company.

She has also given back to the community in countless ways, including serving as a trustee of The Nature Conservancy; a board member for the Boys and Girls Club of Hawai‘i, Blue Planet Foundation and Child and Family Services; and a member of the advisory boards of Kamehameha Schools and Catholic Charities Hawai‘i.

Born and raised in Hilo, the Kamehameha Schools alumna holds a juris doctorate degree from the University of California Hastings College of the Law, and a bachelor of science degree in psychology and sociology from Willamette University. 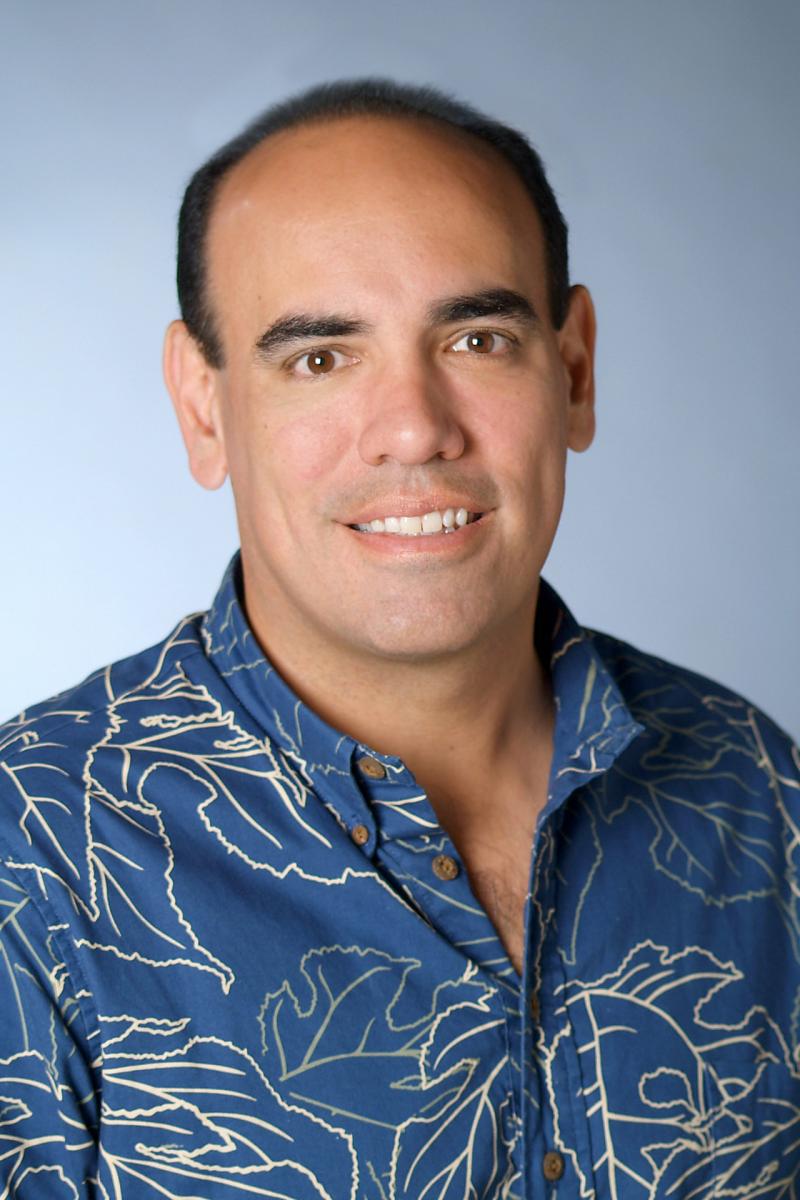 Elliot Kawaihoʻolana Mills is the vice president of Hotel Operations for the Disneyland Resort and Aulani a Disney Resort and Spa.

Mills was born in Hilo on the Big Island of Hawai‘i and is a graduate of Saint Joseph High School. He holds a degree in travel industry management from the University of Hawai‘i at Mānoa and completed the Cornell Hospitality Management General Managers Program.

He has worked in Hawai‘i’s travel industry for more than 25 years, holding executive and resort management positions on various islands with brands such as Marriott, Hyatt and Outrigger.

In addition to his duties at Aulani, Mills gives back to the local community through service as a board member for Hawaiʻi Pacific Health, HMSA, Kapiolani Women and Children’s Hospital and the Hawaiʻi Visitors and Convention Bureau.

Mills spends the majority of his spare time with his wife and their two children. 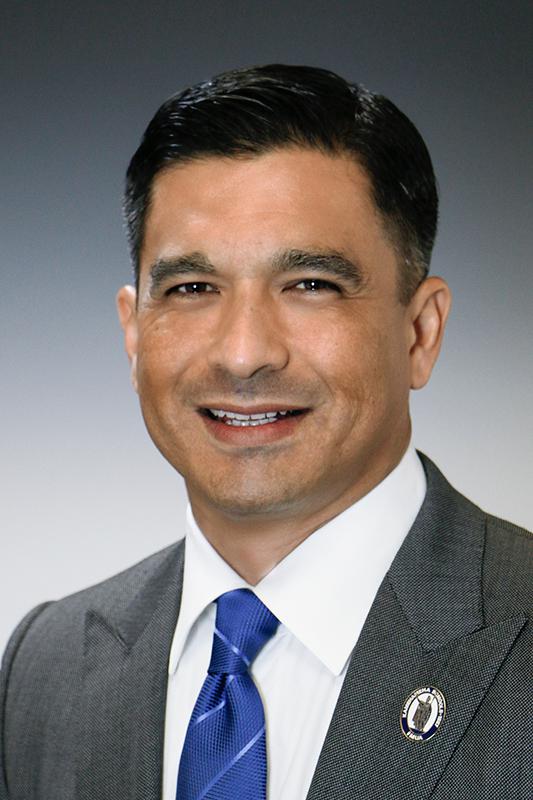 A class of 1991 Kamehameha Schools Kapālama graduate, Robert Nobriga was born and raised on Maui, but attended Kapālama as a boarder from grade seven. The roots of his ‘ohana are in Hāna, Maui and date back farther to Na‘alehu, Hawai‘i.

Nobriga has served on the Kamehameha Schools Board of Trustees since 2013.

From 2009 until his appointment as trustee, Nobriga was one of two financial experts appointed by the Probate Court as independent audit committee members whose purpose was to assist the Kamehameha Schools Board of Trustees in fulfilling its fiduciary responsibilities.

Nobriga is the president of Island Holdings, Inc., where he oversees a family of Hawai‘i companies engaged primarily in private equity and real estate investment, insurance products and services, and technology consulting. Prior to joining Island Holdings, Nobriga held several senior leadership roles in Hawai‘i primarily in the banking and health care sectors.

Prior to joining the executive team, Nobriga served as a trustee of the Queen’s board where he served as chairperson of its finance committee and as a member of its endowment and audit committees.

Nobriga’s history with health care and academia in Hawai‘i dates back to the 2001 to 2005 time period when he served as the chief financial and operations officer of the University of Hawai‘i John A. Burns School of Medicine (JABSOM), an important partner for Queen’s in medical education and research.

Nobriga was part of the executive team that led a turnaround of the medical school, stabilizing its financial base, saving its accreditation, and culminating in the development of state-of-the-art biomedical research and education facilities in Kaka‘ako, Hawai‘i.

Prior to his position at Queen’s, Nobriga served as executive vice president and chief financial officer for Hawai‘i National Bank (HNB) where he oversaw finance and operations and was part of the executive team that led a turnaround of HNB, rebuilding its infrastructure, updating strategy and management practices, and restructuring and growing its balance sheet. HNB experienced record growth and financial performance during his eight-year tenure.

Nobriga is a graduate of the University of Notre Dame. He started his career as a certified public accountant with the international accounting firm PricewaterhouseCoopers and split his time between Hawai‘i and California-based clients during the first several years of his career.

He now resides in Kāne‘ohe with his wife and two children.

Dr. Jennifer Goodyear-Ka‘ōpua’s professional career includes over two decades in academia. She currently serves as the assistant vice provost for Faculty Excellence at the University of Hawai‘i at Mānoa. Prior to her transition into executive management at UH Mānoa, she served as a political science professor from 2007 to 2021, helping to build the university’s Indigenous politics program, and was named chair of the department in 2017.

In addition to her time as an educator and administrator, Goodyear-Ka‘ōpua has over 20 years of research experience in Hawaiian and Indigenous schooling. An internationally recognized scholar, her work has addressed critical issues on Indigenous food practices and energy.

A 1992 graduate of Kamehameha Schools Kapālama, Goodyear-Ka‘ōpua earned a Ph.D. in history of consciousness from the University of California, Santa Cruz, and a bachelor’s degree in Hawaiian studies and political science from UH Mānoa. 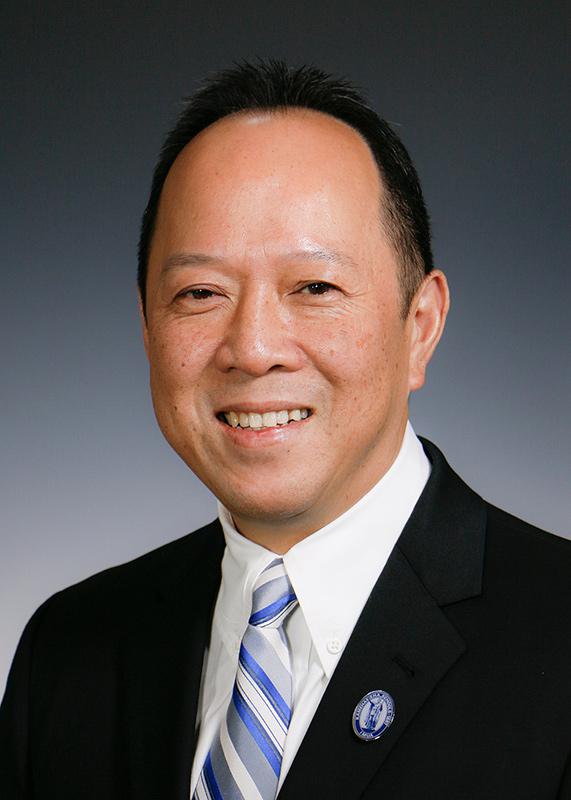 He began his legal career at Morrison and Foerster in Los Angeles, Calif., and then returned to Hawai‘i to practice law at Bendet, Fidell, Sakai and Lee.

Wong is a graduate of Punahou School, and received his undergraduate degree in economics from UCLA, receiving the school’s Outstanding Economics Undergraduate Award, and his law degree from the UCLA School of Law.

Wong is licensed to practice law in Hawai‘i and California. He is the past chair of the Real Property and Financial Services Section of the Hawai‘i State Bar Association and is currently the vice-chair of the Hawai‘i Council on Economic Education.